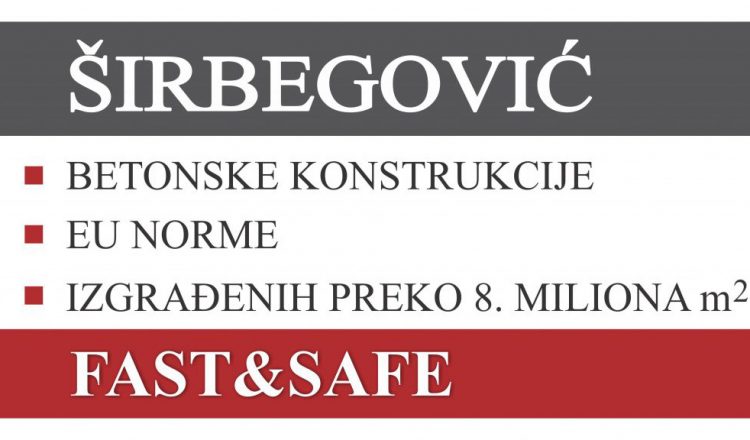 Širbegović’s business successes is based exclusively on quality and quick execution of works with maximum respect for contractual obligations.

In the past period, we have signed significant projects in Croatia, Serbia, Bosnia and Herzegovina, and Montenegro, whose implementation is in progress. Also, we are in the process of negotiating for several very important projects, especially in Serbia and Croatia, which have been announcing for a long time in public.

In this regard, business results this year as well as pre-contracted projects confirm the company’s correct orientation towards expansion to the international market, which gives us great optimism, but also an obligation to justify the trust that our customers entrust to us all these years.