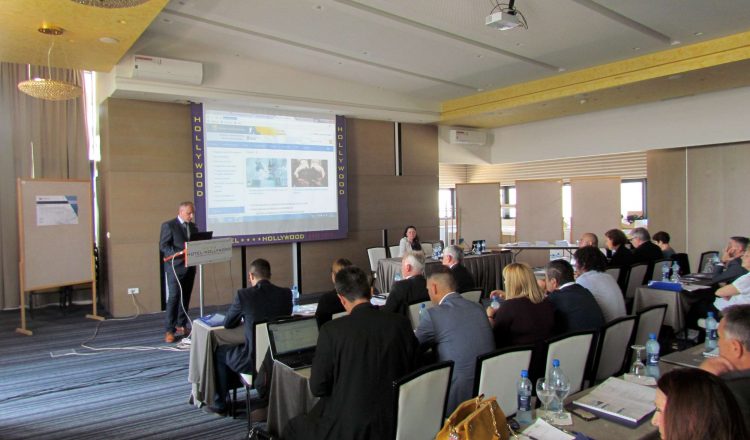 The conference “The Current Status and Further Development of the Eurocodes in the Western Balkans Region” was held on 29 May 2018 at the Hollywood Hotel in Sarajevo. The conference was organized under the Institute for Standardization of Bosnia and Herzegovina (BAS) and the Czech Office for Standards, Metrology and Testing (UNMZ).

The conference attracted the attention of a large number of participants from Bosnia and Herzegovina, but also from the region, and in this way took on an international character.

Company ŠIRBEGOVIĆ recognized the importance of the conference, and supported it with its participation. The aim of the conference is to familiarize with the principles and procedures of the set of European standards – the system of technical rules for designing buildings and engineering constructions.

The presented principles of designing the constructions at the conference are the practice of designing in the ŠIRBEGOVIĆ Company for more than a decade, since the company designs and works in EU countries, where Eurocode official regulations have been for many years.

In the same way, it is necessary to emphasize that in parallel with the principles and rules of designing according to the Eurocodes, production control and certification of the production program in the company ŠIRBEGOVIĆ has been aligned for many years with EU standards, such as EN 13369, EN 206-1, EN 13225, EN 1168, etc. and verified by accredited institutes.